October 22, 2018
I've been thinking about my journey so far as a divorced mid-50-year-old man. I was on a mission to get with as many women as I can, as quickly as I can. What happened to me was a mental struggle within my head that wasn't congruent with this "conquer" mindset.

I would go on a date with an attractive woman in her 40's to early 50's, but mostly mid to late 40's. I would get the conversation on the topic of sex within an hour. Soon after that, I would be touching the woman to let her know I was attracted to her. Telling her "I'm a physical man" and that I really enjoyed be affectionate to a woman.

Because women are sexual beings too (some more than others), the majority of the time the way I did it they received it well and went along with it. Many saying things like, "I've never been like this on a first date", "you don't seem like your pictures online at all".  My approach was to focus on opening up the sexuality topic in a way that was comfortable, natural and not creepy.

But here's where that approach is flawed and did not serve me well.

I was focused on me and what I wanted instead of making her feel good about interacting with me. There are so many divorced women who just want to feel good about themselves when they are with a man, and most of us men don't have a clue how to do it.

I'm not talking about being a beta, groveling man. I'm talking about being a confident man who knows what he wants. Isn't afraid to communicate it. But is respectful while doing it. This is a much better approach that will leave a woman thinking about you in a good way for days afterward. That's what we want. We don't want that self-centered, needy approach where the woman says, "he's just like all the other men and just wants to get in my pants".

So when you are on that first date, make sure to focus on her, and what she is talking about. Be a great listener. Respond occasionally but let her do most of the talking. Ask questions so she can continue on with certain topics. Acknowledge her in a positive way when she is talking about something. A good sign is if she opens up about more intimate and personal topics. That means you've done a great job making her feel safe.

The ultimate goal by the end of your date is for her to feel so good that she decided to go out with you, you will be on her mind (in a positive way) for days to come. She will not have had that kind of experience and after-feeling with most other men, so you'll set yourself above them.

I'm still a work-in-progress on this, but just being aware of this is huge first step!

Share your experiences below in the comments. Let's get this engagement cranking up fast!

Top resource For Divorced Men Over 50

Until next time,
Marco

Popular posts from this blog

You Must Expand Your Social Circle 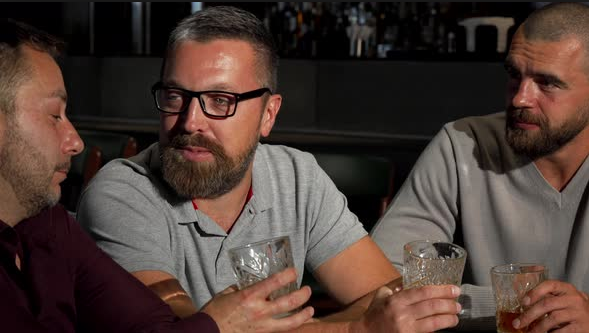 If you're anything like I was in my marriage, I isolated myself when it came to having a social circle, especially male friends. I had a golfing buddy who was single at the time. He was a good looking dude fit dude and had money, so I lived vicariously through him every time we got together for golf. That wasn't a good thing when it came to my marriage as I built up a ton of resentment. That may be a whole other article. Rollo Tomassi  talks about this in all his books that I highly recommend you read. Check out his blog or just go to Amazon and you'll find them all. When a man doesn't hang out with other men he loses his edge. You're giving up that testosterone boost from things that men do together, whether that is a sporting event, hunting, fishing or just hanging out drinking beers. Not having that outlet will be both an emotional drain and physical on you when all you have is your wife and most likely children. I was the provider so it was all on me r
Read more

March 18, 2019
If you are a man 50 and above, and you are considering divorce, are separated or are legally divorced I hope you are reading my blog posts where I on my journey as it will be a massive wakeup call for you if you haven't been out in the sexual marketplace for years if not decades like me. I have an Instagram account and I'm quite active in there. Posting fitness pictures of myself, hiking and a little bit of men's fashion. When I post a fitness picture I usually get a couple of women who DM me just to give me a high five for maintaining such a high level of fitness at 55 years of age. I'm constantly guessed to be early to mid-'40s all day long. There is a very pretty, super fit woman in her early 40's from Australia and we've become sort of cyber friends. We DM each other on Instagram and we like all of each other's posts. I am confident if we lived close to each other we'd be dating. She recently started online dating so I was watching and list
Read more

How To Avoid Getting "Fatfished" 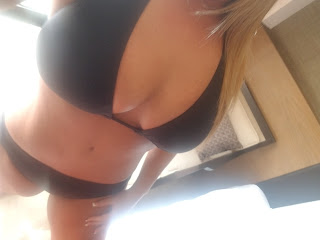 I have over 6 months of online dating experience under my belt and I continue to learn all the manipulations women do to get men to respond to their profiles. It has been a timesuck and a huge amount of frustration to say the least, but if I can share my experiences with you to help you avoid this happening, I am more than happy to do it. There is a term online called Catfish .  The definition is:  A  catfish  is someone who creates a false  online  identity. Catfishing is common on social networking and  online dating  sites. Sometimes a  catfish's  sole purpose is to engage in a fantasy. Sometimes, however, the  catfish's  intent is to defraud a victim, seek revenge or commit identity theft. Fatfished I've heard this term one time, and by god it just happened to me the other night. I was messaging a woman I met on a dating site. She proceeded to send me sexy bikini pictures via text. It got pretty heavy and I knew this was looking good. We set up a time to m
Read more